The Motivator: Not sure if BODHXfit is the right fit for you? Doubt that you’ll be able to lift those next set of Lbs? Or do you just need someone to help you get that confidence? Rajeev believes in the psychology of maintaining an overall fitness level in your daily life. He fosters the feeling of comfort and a positive training environment to help clients achieve their full potential. He will be the first one jump with joy when you nail that PR and he’ll be there to pick you up when you fail.

The Performer: Always an active person , Rajeev found his calling in sports instead of academics since he was small. Starting off his sports journey Rajeev excelled in cricket, he and his team bagged wins against the best of teams. While he loved playing cricket he realized that it does not allow him to focus on his individual game. It was then that rajeev picked up on Shot put and there was no looking back after that. Gaining several medals in the Shot put nationals, rajeev was a self taught player who was hard to beat.

The Administrator: As the Head Coach of BODHXfit, Rajeev is the one behind making those killer WOD’s and coming up with new ways to make us fitter. Rajeev makes functional fitness even more varied than it already is, never leaving an opportunity to bring us exercises that we didn’t even know existed. His goal is to not only have the best moving box, best community driven box but also develop the best coaching staff in the world so they can one day branch out and make an even bigger impact on the world!

The Partisan: How often do you think about your nation? For Rajeev representing India on an international level is all he has dreamed about ever since he started playing. After coaching at Bodh you can find him breaking sweat with the kids at the Nehru  Stadium. With his athletic and coaching experience, rajeev has been able to train various kids into national level competitors.

Vanshika and Chaitanya are some of the athletes who are on their way to make his dream come true! 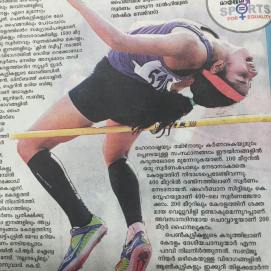 Coach Rajeev is a Certified Level 1 Crossfit Trainer and holds certifications for Body Pump and RPM as well.